We advise corporate and private clients on all matters of tax planning strategy and tactics, both in Russia and abroad. Experience in managing big projects in various jurisdictions and partnerships with the best foreign tax advisors allow us to offer fully integrated business solutions that work efficiently on a global scale. The main areas of our work: tax structuring of Russian and cross-border M&A transactions, wealth planning and management for HNWI / UHNWIs, and tax disputes with a strong emphasis on pre-trial settlement.

Representing the interests of the Russian subsidiary of Fels, Europe’s leading supplier of lime, in a precedent-setting tax dispute related to the tax treatment of a debt to equity swap under dept restructuring. Matter value: ₽300 m ($5 m) (2017-2018)

Advised a Russian business aviation company on a complex investment restructuring project in connection with the exit of one of the investors, a major airport operator. Matter value: $16.6 m (2017-present)

Advised a Russian subsidiary of the CRH group, a big international supplier of building materials, on the tax implications of using the group’s global trademark in Russia and settling a turnover-based royalty for it (2018)

Tax structuring as part of all-around support for a multi-stage and multi-jurisdictional corporate restructuring of a leading Russian investment group in the context of its deoffshorisation. Matter value: $2bn+ (2015-2016) 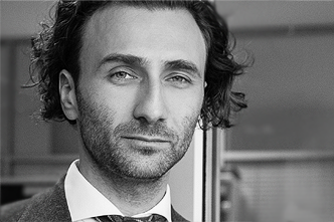