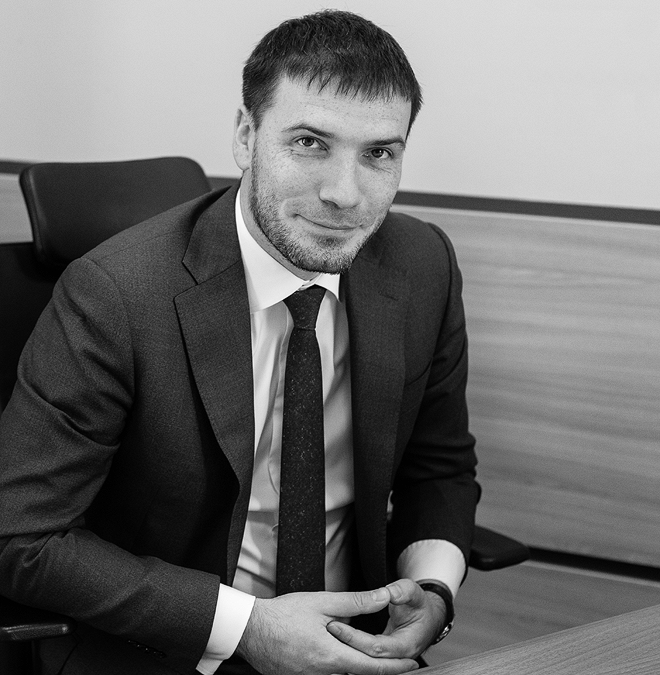 Another area of Alexey’s expertise is real estate investments. He has frequently provided legal support to projects for infrastructure and commercial property development, including seaports, roads, and sport, hotel, and leisure facilities.

Advised the construction company StroyGazConsulting on bankruptcy proceedings and the restructuring of the group's debt to one of the creditors (a large Russian bank), which amounts ₽25 bn ($415 m+) (2015-2019)

Advising Severstal, one of the world’s largest metallurgical companies, on debt collection and restructuring, and supporting the bankruptcy proceedings of the operator of a large iron ore deposit. Total amount of claims: ₽20 bn ($330 m+) (2016-present)

Defended the interests of a regional road construction company, Bashkirdorstroy, in a precedent-setting dispute with the Federal Antimonopoly Service of Russia (FAS) concerning the use of a concession agreement model for the construction of a toll road in the Russian Republic of Bashkortostan. The interpretation of the law on concessions proposed by the FAS would have created an insurmountable obstacle to implementation of a huge number of infrastructure projects under the PPP model in Russia. Amount of the contract: ₽20 bn+ ($330 m+) (2017)

Representing a major Russian producer of technical gases in several potentially precedent-setting disputes on applying a ‘take-or-pay’ covenant under Russian law as part of a project for the construction of a large oxygen station. Amount claimed: ₽542 m ($8.3 m+) (2018-present)

Provided legal support of projects for the construction and subsequent operation of a liquefaction terminal at a port on the Baltic Sea, including a pipeline branch and a facility for the liquefaction of natural gas for the supply to end users in the Republic of Karelia. Total value of projects: ₽43 bn+ ($670 m+) (2015-2019)